It might come as a shock to see a picture of a monk as first in the list of veterans who served in the Civil War. But interspersed among this list are other Benedictines from Saint Vincent, many who were born in Europe, who served their new country as infantrymen in the war, as well as one who ended up working in a hospital. One younger monk, Brother Ulric Bart, O.S.B., volunteered to serve in the place of an older monk from the Archabbey.

Brother Ulric (Udalricus) Bart, O.S.B., was born in Belgium in 1841. He came to the United States when he was young and settled with his family in St. Mary’s, Pennsylvania. He was clothed with the habit of the Benedictine Order on the 14th day of January, 1861, and on the 15th of August, 1862, pronounced his first vows.

“The country was passing then through the storm and stress of Civil War and the Conscription reached Saint Vincent,” noted the St. Vincent’s Journal, “compelling many of the Brothers to abandon their peaceful life and go to the front. The young monk volunteered for one of his more aged brethren, shared the soldier’s hardships and dangers to the end.” He was serving near Warrenton, Virginia, when, in July of 1863 he became disabled. His pension papers note that he “incurred a hernia of the right side by over exertion,” and also “contracted defective eye-sight and general debility from exposures of the service there.”

When the end of the war came he returned to his monastery and made his final vows on the 16th of April, 1869. He was for several years in North Carolina, and made the bricks for the first brick building of the Abbey of Mary Help. He left North Carolina in 1884, and was for  years afterwards engaged in the brick yards of Saint Vincent. Of late years he worked in the power house until within a week or two of his death, which occurred on August 17th, rather unexpectedly. 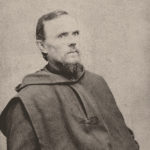 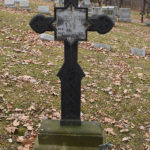